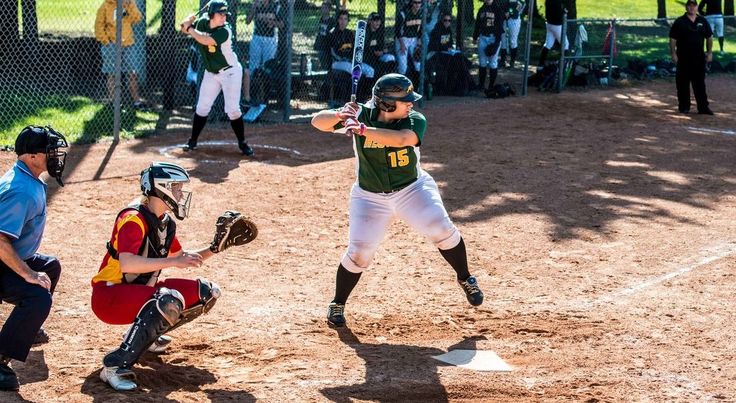 I am 27 years old and in my 22nd season of softball. I am from Trinity, Alabama. I attended West Morgan High School. After high school I attended Columbia State Community College in Columbia, Tennessee for two years before transferring to Lindsey Wilson College in Columbia, Kentucky. I was a four year starting catcher and power hitter during collegiate play and was named to the All-Conference Teams, All-Academic Teams, and was an NAIA Scholar-Athlete. I played my final season of college softball in 2012 and then graduated the following year with a degree in P-12 Physical Education and Health. Upon graduation, I taught at Excel School in Excel, Alabama, USA for a year. During that time I was the head softball coach and an assistant for basketball and volleyball. I resigned from my position in May 2014 to reopen my playing career in Regina, Saskatchewan, Canada with the Regina Cougars. During my three year stint with the Cougars I was named League MVP, League Top Hitter, First Team All-Star, and to the National Tournament All-Star Team. Most recently I have been named as a head coach for the Regina Cougars and will begin that role in August 2017. I am currently living and playing in New Zealand with the Hutt Valley Dodgers after having a taste of overseas playing experience with the Witches Linz in Austria in 2015.


I am an avid bow wearer and a lover of all things pink and sparkly. I am a Christian and try my best to represent myself on and off the field in a way that would be pleasing to Him. My life mantra is "Work hard; Stay humble" and I have the words "For the love of the game..." written inside my catcher's mitt to constantly remind myself that I am where I am all because I once fell in love with the game. I believe in the power of the team and doing whatever I can for the good of the team. I teach hard work, sportsmanship, discipline, respect, sacrifice, and confidence. Once the day comes for me to hang up my cleats, I'll step back on the field as a coach. Until then, I'll be swinging the bat with everything I have.

<3
"If you respect the game in all its glory, if you do it with passion, then it will pay you back in ways you could have never even imagined."
- Caitlin Lowe
Powered by